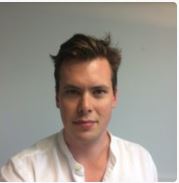 Starting out in Philosophy, I was told by many colleagues that the aim was conceptual exactitude. Get your groundings right, figure out the foundations of your arguments. Now, 5 years out from finishing my PhD, I find myself in new terrain, where conceptual rigour cascades into uncertain, unpredictable, and constantly shifting realities.

Autonomous systems, and how we as humans trust them, brings out plethora of issues for my philosophical brain. What happens to autonomy, previously an item of exclusively human possession. The entrenched European philosophical minds tell us that autonomy can only be a human affair, only rational minds can be autonomous beings. So, is an Autonomous System the same as a rational mind?

One vehicle that aided my journey from Philosophy to Sociology – my current base for working on the TAS-S project – is ELSI. Ethical, Legal and Social Implications is a framework that has been used extensively in the Disaster and Risk Management domain, to investigate how technologies of various kinds impact society. I first came across ELSI through my work with isITethical? Exchange (www.isitethical.org). There, I worked with a team across disciplines – Law, Sociology, Design – and sectors, including mobile technology developers and service providers, emergency responders, and community organisations.

What I learned from that work, and carry with me into this new project, is that ethics is messy. It is about more that right or wrong; permitted or forbidden. Ethics, the philosophical tradition I carry with me into TAS-S, is contextual, malleable, often speculative, and always creative. To be useful in this rapidly developing world of automated technologies, ethics has to open itself, and be prepared to get tangled up. Not just with laws and societies, but with the whole spectrum of experience, discourse, debates and disagreements, about how we are going to live with these technologies. How will we ensure they work with us, rather than simply for or against us? How can academia play a role in connecting communities, technologists, and governments, to make sure we all have a say in how autonomous systems are used?

My Philosophy-brain is ticking ever more quickly. I am full of eagerness to put it to use, in collaboration, in practice, and valuable research.

You can hear more about my take on Autonomous Systems in this video and read my PhD thesis on “Subjects of the Unconditioned:  Kant’s Critical Metaphysics and Aesthetics and Their Reconstruction in Schelling’s Identity-Philosophy” on the Publications page.