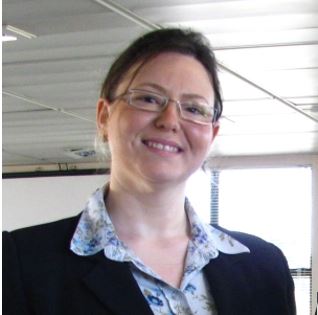 Hi there and welcome to my blog post! I joined the TAS-Security node in June 2021 as an affiliated PhD student in Sociology to investigate how human-machine cognitive interaction constitutes and regulates the making of distributed autonomous technology. My interest in this research area began in 2017 when I was working as a senior analyst in a large telecommunications provider, conducting research in ICT public policy and regulation. My role was to understand the landscape of emerging technologies and try to anticipate governmental measures, but as I became more acquainted with the advancements in technologies such as the Internet of Things, artificial intelligence and virtual reality, I started to wonder about the integration of human bodies and technology, and, more precisely, the integration of artificial and organic communication networks.

This led me to pursue a Master’s degree in Science and Technology Studies at Goethe University (Germany) from 2018 – 2020, where I conducted an ethnography of large-scale communication systems to explain how the entanglement of bodies and technologies give rise to an emergent form of sociotechnical organization – a collective cyborg body – that displays distributed agency and distributed cognition. Since then, I have focused my research work on using modern systems theory and posthumanism as a framework of analysis of distributed hybrid autonomy present in the making of multi-agent and swarm systems. My current ethnographic fieldwork is being done in collaboration with the Computational Intelligence Group from Clausthal University of Technology in Germany, who have been organizing the annual Multi-Agent Programming Contest (MAPC) since 2005. I am also actively involved in the Centre for Science Studies as a member, and as a co-lead for Society and Human Behaviour research at LIRA (Lancaster Intelligent, Robotic, and Autonomous Systems Research Centre).