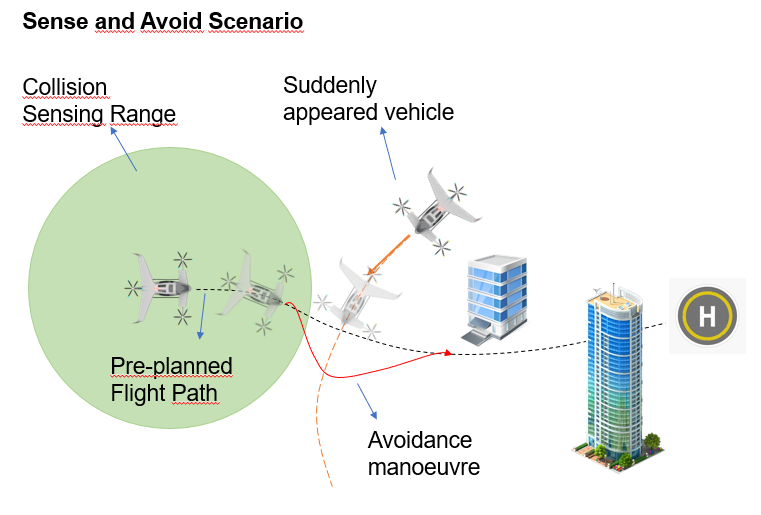 You wake up in the morning, have breakfast which is prepared by a humanoid robot, jump into your brand new flying car and head to work. Drive your car in a high-density air corridor safely. When you arrive to work, you just press a button and the car turns into a suitcase! Yes, good guess! The Jetsons! It was created in 1962 by Hanna-Barbera Productions! Believe it or not, the Jetsons is one of the first families to use a fully connected, safe, urban air transportation system on the planet. In addition, maybe it was one of the first productions that created this new urban system and presented it to the children of the 60s, 70s and even 80s who are currently shaping the future of autonomy.

Years after the Jetsons, urban air mobility concept has been a hot-topic research area which includes system-level and operation-level technologies such as electric vertical takeoff and landing (eVTOL) vehicles and urban airspace management algorithms. The main problem is to utilize and manage the urban area, which includes buildings and manned/unmanned aerial vehicles, in a safe and reliable way for people. To do that, artificial intelligence (AI) has been a major technology for solving complex problems in the urban airspace such as contingency management, emergency landing site selection and navigation applications which require real-time decision making and data fusion in the presence of disturbances and cyberattacks.

Aerial navigation in urban airspace is a big problem when considering hundreds or thousands of vehicles could occupy the same airspace, assign different goals, and take different flight paths; all of which increase the likelihood of mid-flight collision. A multitude of AI-based methods have been proposed to address autonomous navigation problems, such as deep learning, imitation learning, and reinforcement learning. However, these methods have weak adaptability to new weather conditions, different flight speeds, and sudden obstacles.

Localization is another important issue in UAM applications. Global navigation satellite system (GNSS) is the primary information source for aerial vehicles to determine their position on the Earth. It is used in many safety critical applications such as autonomous landing on a vertiport or a runway. Although it could provide precise position data, it is quite susceptible for cyberattacks such as GPS spoofing which may result in catastrophic accidents in UAM applications. Hence, flying in GNSS-denied environments is another important issue that should be considered to provide operation safety.

Thus, we propose a life-long federated learning-based navigation solution in urban airspace to dynamically adapt to heterogeneous vehicles in various environments to navigate in the airspace safely. It is aimed to obtain a federated AI agent for navigation which could combine the capability of separate agents that operate in different areas and flight conditions. Meta learning is used to significantly accelerate the learning process.

This is our first step towards creating a safe urban airspace underpinning the next generation of logistics, delivery, and emergency responses. Many researchers in TAS Hub and from all around the world have been working to provide safety and security for autonomous systems. Although we are far away from the urban airspace that the Jetsons live in, these works are the initial pavements and constitute the basis for safe and secure operations.